A family owned and operated eatery (http://www.sancarlosgrill.com/):  We are proud to be as excited and passionate about the business as we were that first Monday in May 1984 when the doors opened and as we say in the business, We got slammed!

San Carlos has many factors to consider for their ongoing success: San Carlos itself was named after founder Lee Jorgenson’s father who grew up in central New Mexico and shared a fanatical love of chili, the old west, and could brew a mean pot of green chili stew. Lee, a sometimes crazy Swede, fell in love with the restaurant business with his first busboy job at age of fourteen and has considered himself in second Heaven ever since, with the unflagging support of loving wife Marianne, family, and long tenured staff. 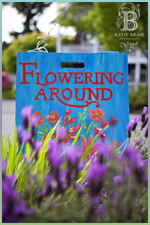 BIG NEWS: NEW VENUE FOR BBC! This Friday we will be meeting at “Flowering Around” coffee shop (http://www.floweringaround.com/), 200 Winslow Way West — a block west of the Madison, on the north side of the street. So, just bring yourself; you can purchase coffee/tea and breakfast snacks of some exciting sort at our new venue.

So join us at “Flowering Around” for another Morning Cup Of BBC.