David Rabin will be presenting this Friday on something close to his heart. 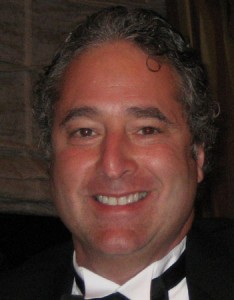 David Rabin is a creative marketing specialist with more than 32 years experience in marketing, promotion development, event management and video production.  He has worked at agencies in New York City, San Francisco, and Bainbridge Island.

On Friday David will share some candid experiences he had while serving as a White House Advance Representative for former President Ronald Reagan. The President Ronald Reagan Centennial Celebrations begins on February 5th around the country. To commemorate this occasion, David will present a video production of the Ronald Reagan Farewell events in June 2004. This production was done as a “Thank You” from Mrs. Reagan’s staff for those who worked on the Advance team throughout the Reagan Presidency. This piece features the work of Pete Souza who was an Official White House Photographer for President Reagan and is currently the Chief Official White House Photographer for President Obama.

Pete has published several coffee table books including “Unguarded Moments: Behind-the-Scenes Photographs of President Reagan,” “Images of Greatness: An Intimate Look at the Presidency of Ronald Reagan,” and “The Rise of Barack Obama.” This production is a rare occasion to see Pete’s work set to some of President Reagan’s favorite music; it was made for a specific group of people. It is not for sale and has not and never will be broadcast.

David has lived on Bainbridge Island for 18 years and is currently working on the soon-to-be-released documentary “Project: Village Voices.”

It is a six hour film series about five rural villages in Tanzania. These villages are embroiled in poverty and natural disaster issues and maintain proud hopes for development. They live in small close knit and resilient communities. These are Lessons From Poverty. For more info go to http://www.projectvillagevoices.org.

Remember we are still in a BYOB mode – bring your own breakfast, coffee, tea.

See you there for your morning cup of BBC!

Yours truly,
The BBC Management

PS. Special thanks to our own BBC Regular, Bill Ruddick, for making the contact with David Rabin.